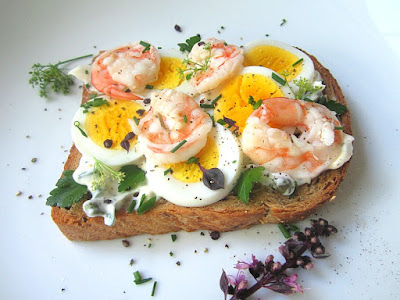 We food bloggers and instagrammers think we invented "stuff on toast".
Anything on a piece of toast becomes news.

Avocado toast being all the rage.......I can barely go a week without posting a new version of avo toast on my instagram account.

There is even a cookbook out called TOAST.

Guess what?
The Danish invented stuff on toast a few hundred years ago, before anyone had an iPhone to take a picture.

It is called Smørrebrød.

The French also do something called "tartines", which are open face small sandwiches, and the same goes for the Italians, they call the small open faced toasts "crostini", which are usually served as an appetizer not a meal.

I have always wanted to go to Copenhagen to sample the array of smorrebrod, served all over the city as street food and in restaurants.

Here, I did a pretty good job recreating an open face sammie with shrimp, egg and dill.

I made an herbed mayonnaise with Hellmann's, chives, capers, dill and chopped parsley. 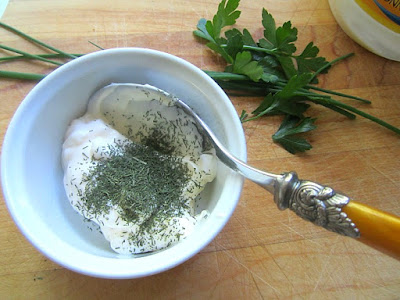 Sliced cucumber would be great on this too! 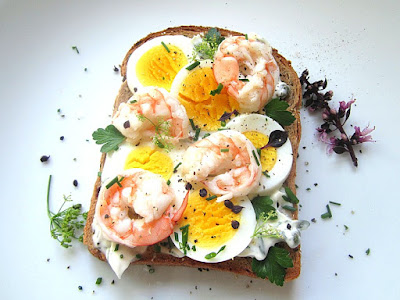 Dig in and enjoy. This is so good.