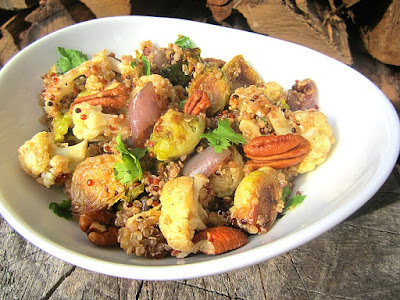 This was a fantastic quinoa dish made even better with warm maple glazed pecans.

I glazed the pecans in a non-stick skillet w/ maple syrup and poured it over the salad at the end. So good.

In a small nonstick skillet, add the maple syrup with the pecans and cook on low heat until all the syrup is dissolved and the pecans are coated. Pour the nuts onto a piece of parchment paper to harden. They will harden in a few minutes.

Cook the quinoa with 2 cups of water, about 20 minutes, until liquid is absorbed. Set aside. 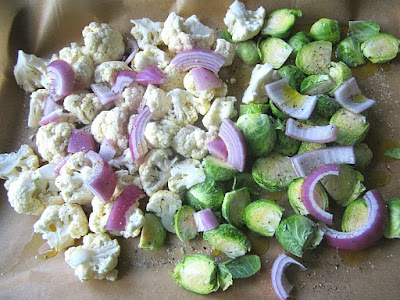 Roast in a 400F oven for 20 minutes, turning the vegetables over one time during roasting.
Add to the cooked quinoa in a large bowl.

Whisk the vinegar with olive oil, sea salt & pepper and pour over the warm vegetables and quinoa.

Top with the maple pecans and fresh cilantro. 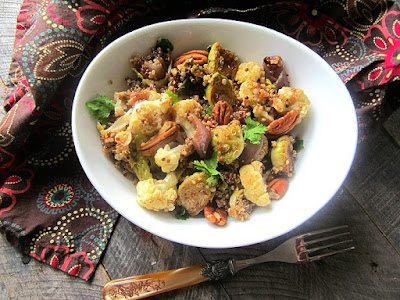