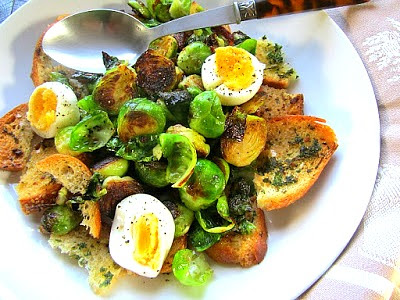 This is the perfect winter lunch.

It is sort of healthy because there are vegetables as the main act...... but a little bit of winter coat thrown in (meaning don't put your bathing suit on yet).

There are delicious toasted bread cubes and bacon to make this a great hearty dish.

You can do a fried egg or a wonky looking hard boiled egg, like I did.

It's the perfect meal for a cold winter day. 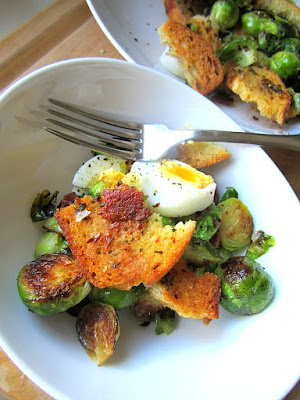 Cook the bacon until crisp and remove from the pan. Reserve most of the fat in the skillet.
If you don't have enough fat, then add in some olive oil.

Throw in the bread cubes and cook on all sides until you have nice crispy croutons......alternatively, you can also make them in the oven or toaster oven, but then they won't have that yummy bacony taste.

Add the croutons to a large platter or bowl.

Next, saute the halved brussels sprouts (you will have to add more oil to the pan) and cook on medium heat, tossing the whole time, for about 10 minutes, until golden brown. 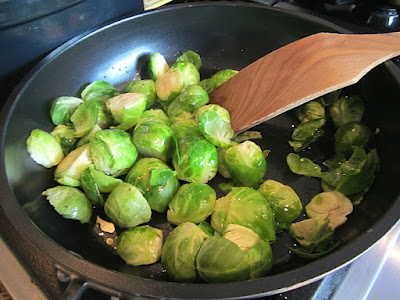 Crumble the bacon and toss w/ the sprouts. Place everything on top of the toasted bread. 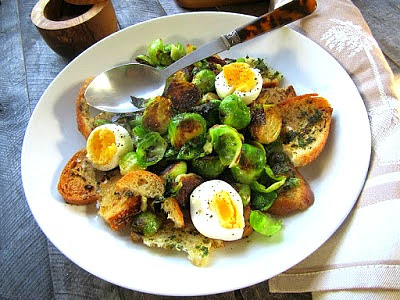