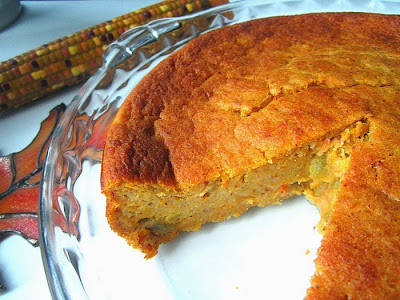 What's a kugel, you ask?

"kugel" is a German word, meaning ball or sphere, but when referring to a kugel in Jewish cooking (Yiddish, a dialect descended from German), we are referring to a baked pudding or casserole, sweet or savory.

When I was a kid, my grandmother made a delicious carrot kugel for the holidays (think sformato in Italian).
A beautiful orange colored pudding made in a ring mold. I loved it.

She also made a potato kugel, a squash kugel and a noodle kugel.

Just to confuse you more, we had kugelhopf, a round cake studded with raisins.

Then she made an apple kuchen.
That's not a kugel, that's a kuchen. That's another story, for another day.

Here, I made her butternut squash kugel. A simple baked vegetable pudding, nice and sweet, light and fluffy like a souffle, but it could also be called a pie or a cake, because there is flour in the mix, just to make it more confusing.

Call it what you like, but I call it GOOD.

If you are still confused, think sweet potato pie. 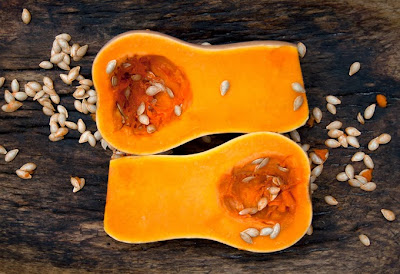 In a large, heavy skillet, cook the butternut squash on low heat in the half stick of butter for about 15 minutes with lid on, until softened.

Remove to a bowl and mash until pureed.

Add in the rest of the ingredients and pour into a buttered Pyrex 9" pie plate.

This would be a great Thanksgiving dessert! 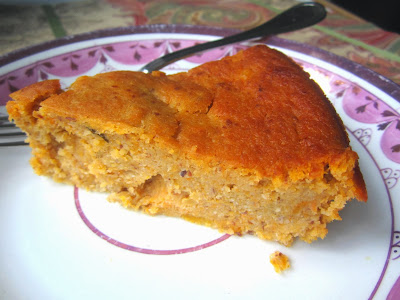 My grandmother would've been proud. Enjoy!

Susan..... said…
I do make a mean carrot and goat cheese tart for T-day, maybe this year, I will use my squash instead. You made such a persuasive argument in it's favor, you even managed to confuse me!

Have a wonderful holiday day, I already figured the food will be exceptional.

Anonymous said…
Is this Grandma Grandpa Mac's wife? It the answer's yes, she was one lucky lady! That photo was unbelievable. I had a Grandpa Mac, too, but the Mac was short for the very Irish Mc Conagy. This kugel prompted me to look up 'My Mother's Spinach Pie'. Yup, 'that's what she said', way back in 2009 - cripes 5 whole years ago!
November 14, 2014 at 10:18 AM

Anonymous said…
My Austrian grandmother used to make us kugelhopf. It was such a treat and we used to beg her to make one every time we visited! If you have a recipe, please post. And if you make one, please share with your neighbors ;)
November 14, 2014 at 1:05 PM

Anonymous said…
May I say ... your hair looks FABULOUS!