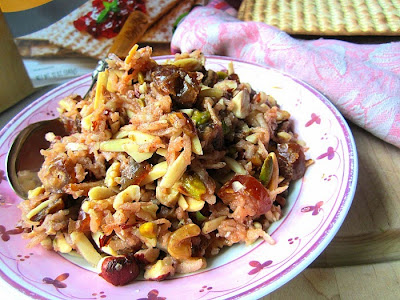 Charoset, or Haroset is a dried fruit and nut spread served on Passover that is delicious.

It's a once a year thing, like fruit cake, and I love it.

It symbolizes the mortar for the bricks used by the slaves in Egypt to build the miserable Pharaoh's temples.
Cool guy, that Moses.

There are many different recipes for charoset.

My grandmother's recipe was just apples, walnuts, cinnamon and Manishewitz wine with a touch of honey to bind.
That is the Eastern European traditional recipe. Very basic, but packs a lot of flavor. 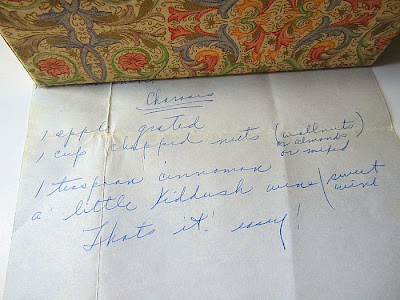 I make a Sephardic version of charoset, mixing it up every year.
I use whatever nuts I have on hand and always dates and other dried fruit.

I posted it back in 2009 for my friend Deborah's annual seder.

Here it is again in case you forgot about it! 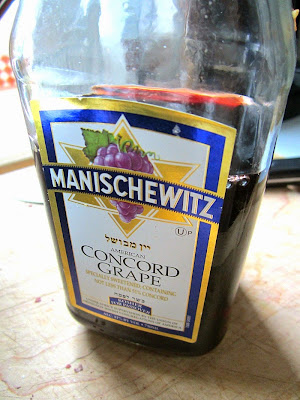 In a large mixing bowl, mix your chopped dates and all of your chopped nuts together.
Add the dried spices and grate in the apple with a box grater. 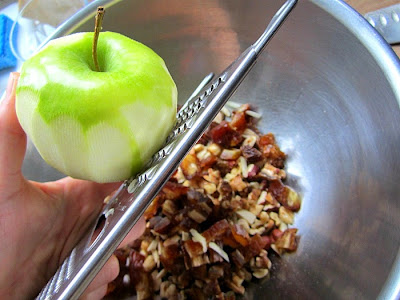 Add the wine slowly to see how much you like. You only need enough to bind the fruit and nut mixture, you don't want any liquid remaining in the bowl. 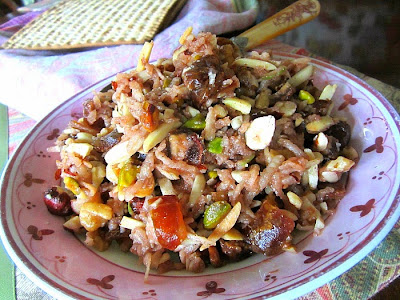 You can also drizzle a little honey on top like my grandma did!

Have a sweet and happy Passover.

Judy said…
I remember you posted this recipe years ago....it has become my go to haroset recipe. Everyone asks for the recipe, it's the best I have ever had.

Diane P. said…
Stacey,
I love everything in this recipe!! One silly question--how do you serve it? Is it eaten as is, or spread on bread, or used to top other food??

Stacey Snacks said…
Diane,
This is for Passover, and no bread is allowed.

It is a fantastic appetizer/spread that pairs with matzoh (unleavened bread, sort of like a big square cracker.....).

No bread, crackers would be fine if you are not Jewish (and I am assuming you are not!), but you don't have to be Jewish to make it or eat it!

My husband and neighbors (not Jews) love it!