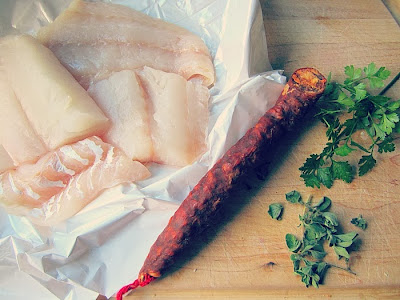 This was an easy and delicious way to serve cod.

Believe it or not, I still have kale in my frosty garden, so I took the liberty of adding some green to the dish.

You will love the breadcrumbs here (who wouldn't?). I left mine kind of coarse and chunky and they really finished the dish. 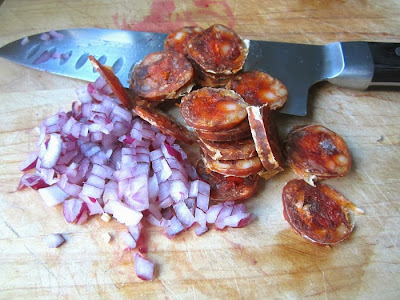 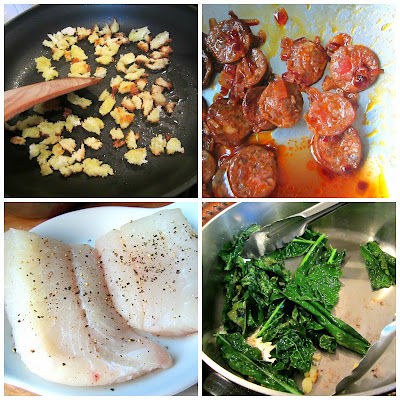 Pulse bread in a food processor until coarse crumbs form.

Heat 2 Tbsp. oil in a large ovenproof skillet over medium-high heat. Add breadcrumbs. Cook, stirring often, until golden and crisp, about 3 minutes; season with salt and pepper. Transfer mixture to a bowl, add parsley and oregano; toss to combine. Wipe out skillet. 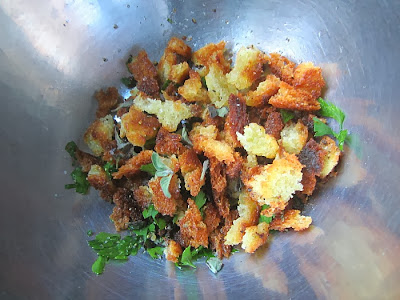 Heat 1 Tbsp. oil in same skillet over medium-high heat. Add shallot and chorizo and cook, stirring often, until chorizo is just crisp, about 2 minutes. Transfer to a bowl and mix in vinegar; season with salt and pepper. Wipe out skillet.

Heat remaining 1 Tbsp. oil in same skillet over medium-high heat. Season cod with kosher salt and pepper and cook until bottom side begins to turn opaque, about 3 minutes. Transfer skillet to oven and roast until fish is cooked through, about 6-8 minutes longer.

While the cod is cooking, heat the kale and garlic in a skillet with some olive oil and cook about 5 minutes until wilted, season with kosher salt.

Spoon the chorizo and vinegar over the fish and top with the breadcrumbs.
Serve with sauteed spinach or kale. 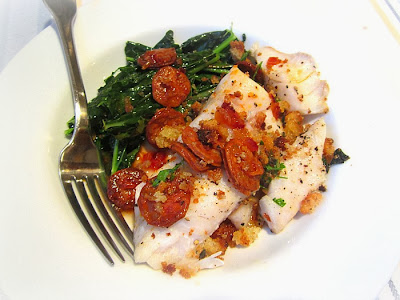 Natalia said…
I'm a cod-oholic, just love COD! My husband has asked me to stop preparing cod, because he's sick of it, but this is a great recipe to try because it combines cod with 2 other interesting ingredients: chorizo and kale. Can't wait to try it! Thanks Stacey.
December 5, 2013 at 11:08 AM

Bites from life with the barking lot said…
sounds delicious and an interesting mix. I love big chunky bread crumbs and it's hard to save them for the dish!
December 6, 2013 at 8:58 AM

Anneli Faiers (Delicieux) said…
Another really tempting dish. I am such a sucker for chorizo and it does go so well with cod. Looks lovely x
December 11, 2013 at 3:23 PM