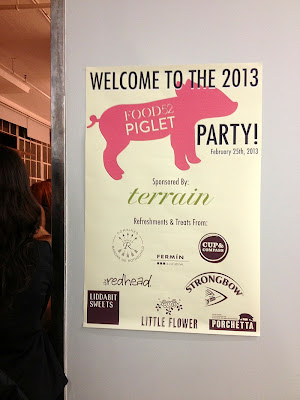 I've been to many "piglet" parties, but none like this one.

The annual Piglet Party is hosted by Food52 and is a 3 week competition of the year's most popular cookbooks. 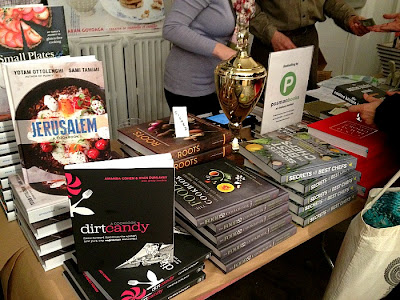 Amanda Hesser & Merrill Stubbs, the founders of Food52, run the event.
(You may remember Ms. Hesser from the movie Julie & Julia, she is also the author of The Essential New York Times Cookbook). 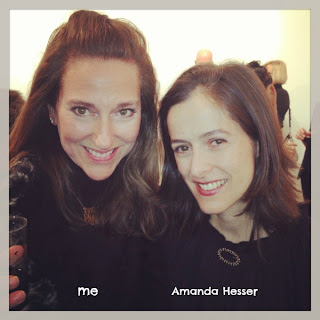 The competition is judged by well known food writers and restaurateurs and at the party, a winner is chosen and they receive the coveted PIGLET trophy.

If you follow this contest online, you might agree w/ me, that it is really not a fair fight.

They put 2 totally different cookbooks up against each other, eg. Bouchon Bakery vs. Burma Cookbook.
One has nothing to do with the other.

Why not put 2 dessert books against each other? This just seems logical, but who am I? Many people are in agreement with me. 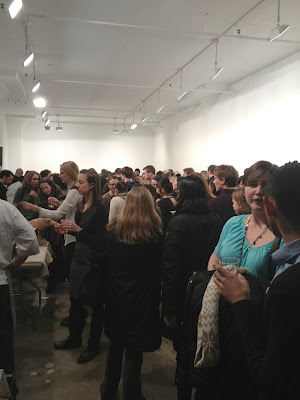 The party was held at a cool loft space in NYC, and Porchetta served up pulled pork and other goodies on polenta. 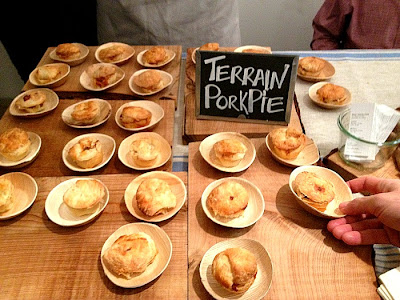 Smitten Kitchen made some apple cider caramel candy, and there were tons of interesting desserts and some pretty damn good hard cider to drink. 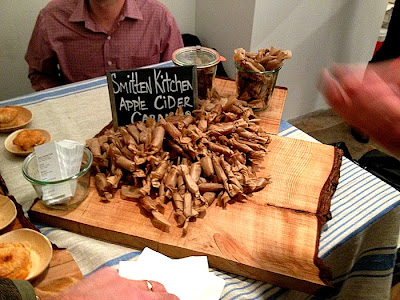 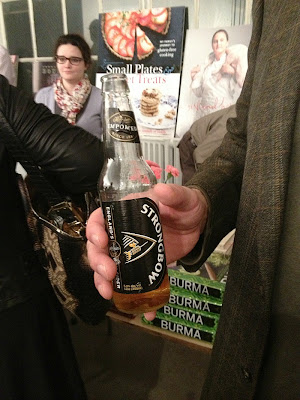 The final round was Smitten Kitchen vs. A Girl & Her Pig. Both these books made it to the end.
You can see all the contestants here. 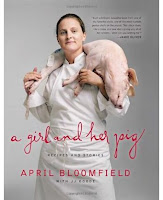 Cookbook of the year!
I will have to check it out.

Ms. Bloomfield is the owner of The Spotted Pig, John Dory and The Breslin in NYC.

Thanks for coming along.

Anonymous said…
The photo of you and pocket-sized Amanda is so much fun! I'm throughly turned off by the jacket photo on April Bloomfield's book - yuck. SK's GRAPEFRUIT OLIVE OIL CAKE is next on my list of baking projects.
February 27, 2013 at 9:42 AM

Content in a Cottage said…
Thanks for inviting us to be voyeurs. It's always fun to look over your shoulder.
February 27, 2013 at 9:54 AM

Jen said…
I agree with Anonymous.
Not a big fan of Ms. Bloomfield's book cover or her restaurants.
I also think Smitten Kitchen is overrated, however I enjoy reading her blog, but can she take a photo on anything but her speckled corian????
Just sayin'.