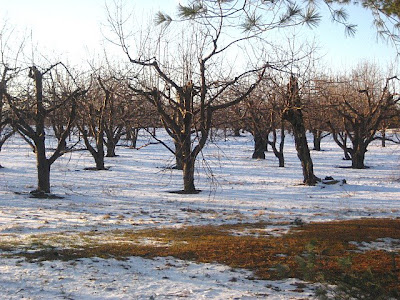 This weekend we visited friends who live on apple/peach/pear orchards in Germantown, Columbia County, upstate New York, about 100 miles north of New York City. A totally rural farming area, except for the little town of Hudson, where art galleries and antiques shops abound. 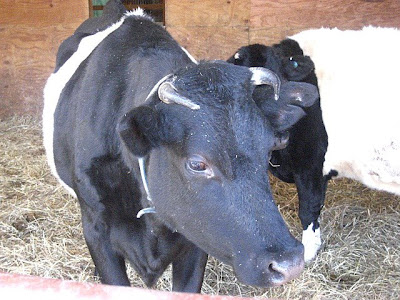 There are a lot of cottage industry food businesses, local farms that sell raw milk and handmade cheeses, terrific butchers that sell organic meats and chickens and all local New York State produce is used at all the interesting little restaurants. 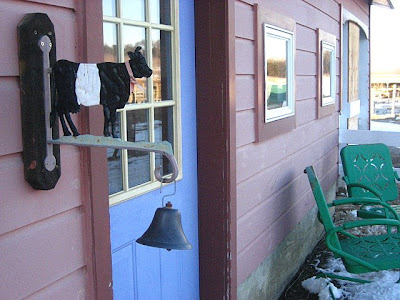 We stopped at a working farm called Pleroma Farms and bought fresh eggs and farm raised chickens (to roast this week!) and met the owner, Ana, a Dutch woman who has owned the farm since 1986. 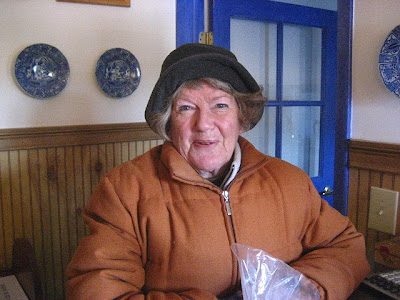 What I thought so amazing was that you pay with the honor system. There is a price list and you help yourself to what you want in the refrigerated case, then write your name and what you are taking on a sales slip type of pad, and leave the cash in a cigar box!!! I guess this is why people live up here. 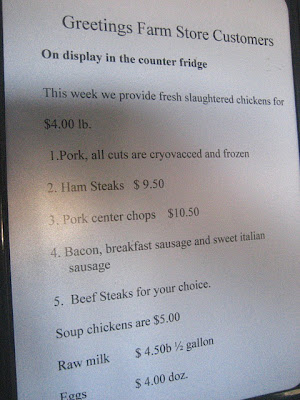 We stopped at a great little market called Otto's in the postage size downtown shops (5 shops in total) of Germantown. 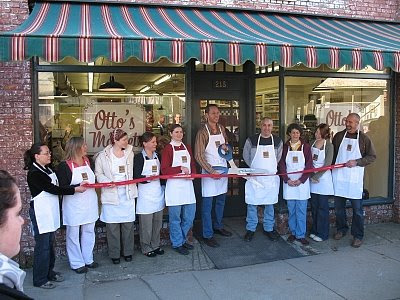 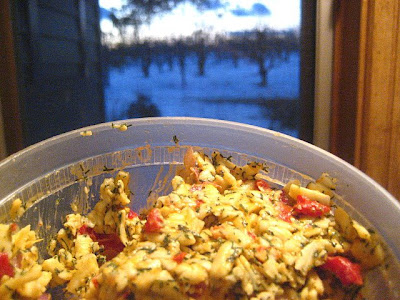 At first I was leery. Pimento Cheese Spread? I was told it is a Southern thing. The sign in front of the samples said "this sounds weird, but it's good!"
It was really delicious and I am no cheese log type of gal.

I tried to recreate Otto's delicious spread, and after googling and finding many different variations, this was as close as I could get and it was terrific!

Pimento Cheese Spread: (adapted from Otto's Market by me!)

This was great served on a crusty baguette or just with plain Carr's crackers.
Notice the beautiful apple trees (in winter mode) in the background. 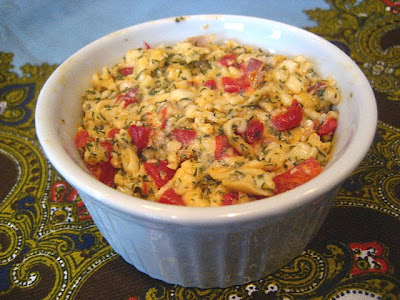 Content in a Cottage said…
Dill, onion, and muenster in pimento cheese?

No self-respecting southerner would ever embrace those ingredients.

That's all. Yum. I make mine in a food processor.

kat said…
It looks like a beautiful place to visit. & I can see why that cheese spread might make you go hmmmm
January 5, 2009 at 9:39 AM

Stacey Snacks said…
ok, ok, I didn't say I was Southern.
Yes, it would probably be better w/ cheddar, but I had muenster and it was damn good!
It's the Yankee version!
Stacey
January 5, 2009 at 10:01 AM

Bluebird NY said…
Great job adapting the recipe for the pimento cheese spread! Your pictures look awesome...
January 5, 2009 at 10:32 AM

Stacey Snacks said…
here is the REAL recipe sent from Rosemary. ok, ok, get off my back!!!

Stacey Snacks said…
Here is Paula's recipe.
She uses HALF cup of mayo.
No more about this! I will never make it again!!!!

StaceyEsq said…
Rum balls?! I LOVE those things! I've never found a decent recipe for them, either. (One even had me crushing vanilla wafers - ugh.) Sounds like you had a lovely weekend . . . from one "Spacey Stacey" to another . . .

Anonymous said…
I have tasted Otto's Pimento Cheese and it is absolutely delicious. This was after first refusing to try it because I thought there were olives in it. I hate olives! My culinary knowledge is somewhat limited but hey...I like to eat. I am willing to bet that Stacey's version is even better!
January 5, 2009 at 12:07 PM

Patsyk said…
I've never been up that way, but the town sounds so quaint! Your pictures make me want to take a trip that way sometime.
January 5, 2009 at 1:00 PM

Bob said…
Sounds like a fun trip. I love those honor system stores, I wish I could live up in an area so safe and trusting.
January 5, 2009 at 1:44 PM

Anonymous said…
What a great weekend.

--I had no idea how well-loved pimento cheese is before I moved to Austin. Long story, but I learned that at a lunch I was helping to serve years ago.

Peter M said…
LOL, we almost had a civil war over a cheese dip! People are passionate about food is all.

This Germantown sounds like a lovely getaway place from the city. I folk you cityfolks behaved, ya hear!
January 5, 2009 at 6:30 PM

Anonymous said…
Wow that sounds like a great trip! I love the idea of the honor system too, I sure wish it was like that anywhere.
January 5, 2009 at 7:30 PM

Catherine said…
What an amazing weekend! Thanks for reminding us that there are amazing people making quality food, and celebrating a gloriously simple life.

And don't let the big bad southerners get you down. I'm in Texas, and I say you make your Pimento Cheese spread with pride! (with any ingredients you want)

Thanks for helping bring in a great new year,

Proud Italian Cook said…
The honor system? wow, I haven't heard that in a long time. Nice place to live, sounds a little like "Mayberry".
January 6, 2009 at 7:52 AM

Nicole Lang said…
Hi Stacey
I too fell hard for Pimento cheese. (I married a southern boy)Here are my many findings on the subject.
http://nicolelang.blogspot.com/2008/06/pimento-cheese.html
Great blog!!
January 7, 2009 at 11:36 AM

Have you ever heard of World Spice Merchants? (www.worldspice.com) You order online and then they ship you your stuff and you send them payment in the mail. I thought THAT was crazy. In a good way. It's nice when people actually have faith in the goodness of others.

The cheese spread looks great and I have no thoughts about authenticity as I have never had it in the first place!
January 7, 2009 at 2:06 PM

Maris said…
What a pretty little town! I love rural farm towns, maybe because I went to school in central PA!

There are some great apple orchards and wineries in NY state up in the Hudson Valley.
January 9, 2009 at 11:29 PM

amycaseycooks said…
I really need to plan some trips to all the foodie places in the tri-state area. Looks like a fun time.
January 11, 2009 at 7:55 AM

Robin said…
What a great trip. We live in Maplewood and I'm constantly looking for good farm adventures. We'll definitely check it out up there- well, when the weather gets a little warmer, of course..
January 14, 2009 at 5:14 PM

I don't want to think about how many calories, or how bad it is for you (there have to be at least 70 different additives in Velveeta). But Lord have mercy, it's good!

Anonymous said…
This comment has been removed by a blog administrator.
October 3, 2009 at 6:01 AM